Like every year, we at the Agrovin Group inform ourselves on what to expect in the various wine regions, not only in our country, but also in other areas where the company has a presence, such as Italy, France, Romania or Portugal.

We have asked our managers and talked with the top managers of important wineries in these areas to find out exactly what is expected of the grapes that are going to be harvested in less than a month and what the resulting wines will be like. 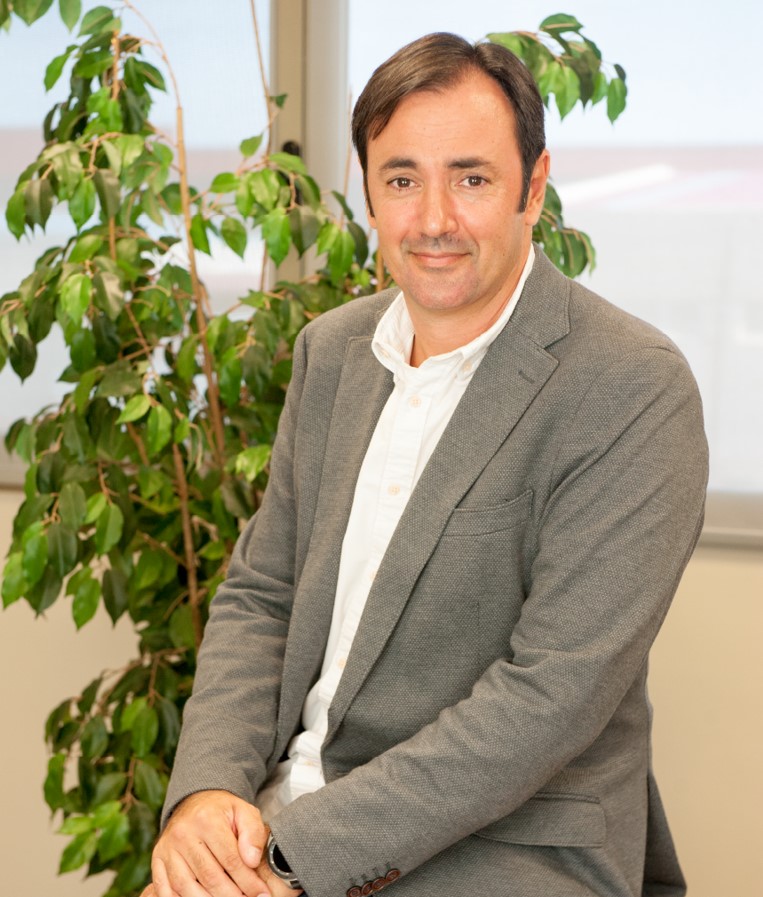 Here, our Director of Oenology of the group, Luis Cotanda, discusses some general conclusions about the state of the grapes due to the weather in recent months:

How do you expect the harvest to be this year?

If there is one thing that is clear after hearing the opinions of our technical advisers and the vineyard managers from the main wine-growing areas in our country, it is that the lack of rainfall in recent months and the high temperatures this July will mainly affect the size of the grape, which leads to a series of consequences that I will detail throughout this post.

In general terms, we have learned that the harvest is expected to be one or two weeks earlier than last year, so much so that in some areas of Catalonia, the drought and high temperatures have pushed harvest up by 15 days for the collection of some early varieties.

This will be a harvest with fewer grapes compared to last year, although it is still too early to make a more precise estimate. We must wait until the grapes begin to enter the wineries and cooperatives to make a more reliable estimate.

We will therefore have a smaller grape with a higher polyphenolic load that will especially affect white wines with respect to oxidation, since they will be more easily oxidisable wines, with the possible appearance of bitterness. In the case of red wines, they will be more structured wines, something that can be positive if the astringency is controlled.

The lack of rain and high temperatures also affect the maturation of the grape, which results in irregular maturation with the skin in good condition, but with barely ripe seeds, the main effect of which will be the appearance of greenness and astringency in red wines.

If we look back and analyse the high temperatures during the months of June and July, we know that this intense heat will also produce an increase in the alcohol levels due to the partial raisining of the grapes. In this regard, if we analyse the aromatic profile of the reds above all else, we know that the predominant profile is going to be that of ripe fruit (from the raisining), which, together with a high pH, will make wines that are perceived as warm or not very cool.

At the same time, there will be a low level of yeast assimilable nitrogen (YAN) and as a direct consequence, fermentation will be more difficult due to lack of nutrition and there will be less production of fermentative aromas due to the lack of amino acids. And don’t forget that a low YAN leads to a low concentration of aromatic precursors, resulting in wines with low aromatic intensity and less expression of varietal character.

These circumstances are widespread throughout the Spanish territory, such as in La Mancha, Catalonia, the south of our country and even in the north, such as in La Ribera del Duero and La Rioja, where the circumstances are very similar. On the contrary, in other regions such as the Valencian Community, the problem is less pronounced thanks to the heavy rains that occurred at the beginning of May.

Leaving our borders, we find different scenarios, although not too different from what we find in Spain.

Thus, in Italy, they are going to find the same problem in general, less pronounced in the south, with a little more rain and slightly milder temperatures than in the north of the country.

In the case of Portugal, if we differentiate between the two areas separated by the Duero River, in the north they have had a year with normal rainfall, but in the south, the drought and high temperatures are going to cause problems similar to those mentioned above.

The rains that fell in the south of France in July along the Bordeaux and Lyon line have favoured the level of production and a normal volume is expected, taking into account that last year in France there was a very low harvest (- 25%). Regardless of the quantity, what is true is that high temperatures will also affect the quality of the grape in the same way as described above, albeit to a lesser extent.

Romania will suffer the same problem due to the lack of rain and the excess heat, which they are already seeing, especially in the size of the grapes.

In short, in the 2022 campaign, we will find ourselves with a similar general situation that will require human intervention to guarantee the results of the final wine.

In the next post, we will discuss the solutions Agrovin is offering to help achieve this goal.

This website uses cookies to improve your experience while you navigate through the website. Out of these cookies, the cookies that are categorized as necessary are stored on your browser as they are essential for the working of basic functionalities of the website. We also use third-party cookies that help us analyze and understand how you use this website. These cookies will be stored in your browser only with your consent. You also have the option to opt-out of these cookies. But opting out of some of these cookies may have an effect on your browsing experience.
Necessary Always Enabled
Necessary cookies are absolutely essential for the website to function properly. This category only includes cookies that ensures basic functionalities and security features of the website. These cookies do not store any personal information.
Non-necessary
Any cookies that may not be particularly necessary for the website to function and is used specifically to collect user personal data via analytics, ads, other embedded contents are termed as non-necessary cookies. It is mandatory to procure user consent prior to running these cookies on your website.
SAVE & ACCEPT